We are pleased to announce the release of Open OnDemand 2.0.

Highlights of Open OnDemand 2.0 include the list below. Please note that there are breaking changes and they’re detailed in the 2.0 Release notes linked below.

Release notes and upgrade information can be found here:
https://osc.github.io/ood-documentation/release-2.0/release-notes/v2.0-release-notes.html

Also note that there may be more patches released in the 2.0 series. Watch the Milestone for 2.0.x
OOD2.0 Patch Release Milestone · GitHub for the upcoming updates to 2.0. You can also watch for releases on Github to get notifications of when releases are made!

Version 2.0.9 is now available and you should upgrade.

We’ve found an issue in the file editor zeroing files. Sites with 2.0.x should disable the file-editor by changing permissions on the directory or this file. This will ensure your users don’t accidentally zero out their files when using the file-editor. We’re working on a fix and will post to this announcement once we have one ready.

This should be the last critical bug in the 2.0.x release. In the next 2 weeks or so we’ll publish 2.0.11 that should just have minor tweaks for edge cases.

It contains a security fix for kuberenetes & Open ID Connect users. kubectl commands ran as root logged to syslog and these entries contain OIDC tokens. If you run kubernetes with OIDC you should upgrade immediately.

It also fixes peer to peer app sharing and the new pinned apps features. Sites that run p2p app sharing will have to pin all the usr apps to have parity with a 1.8- dashboard landing page. App icons no longer show up by default.

Other items of note:

Release notes have been updated for these items where they change.

It has mostly kuberenetes fixes in ood_core, but also includes a couple of other bug fixes of note:

The only change/fix in this version is regarding SVG files in the file browser. SVG files may contain malicious javascript, which if viewed in open ondemand, can execute within that page’s context. 2.0.17 will now force the SVG file to be downloaded so users can inspect the file and/or open it in a new context.

Sites running 2.0.X should update as soon as they can. This does not affect versions 1.8 or below.

I’m terribly sorry to do this, but 2.0.17 released yesterday was only a partial fix for insecure svg files.

2.0.17 incorrectly previewed files with extension .SVG (all caps) or a mix of capitalization and lowercase (like .SvG). 2.0.18 now treats all svg extensions the same – forcing the browser to download the file instead of previewing it.

Sites should update to 2.0.18 to ensure their customers don’t open malicious svg files within their site’s context.

Again, this does not affect versions 1.8 or below. 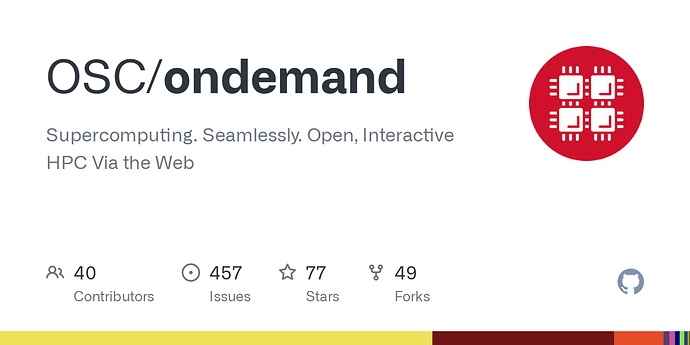 Open OnDemand 2.0.26 is now available. Items of note are

Note that because we released a new passenger version, you’ll have to update everything 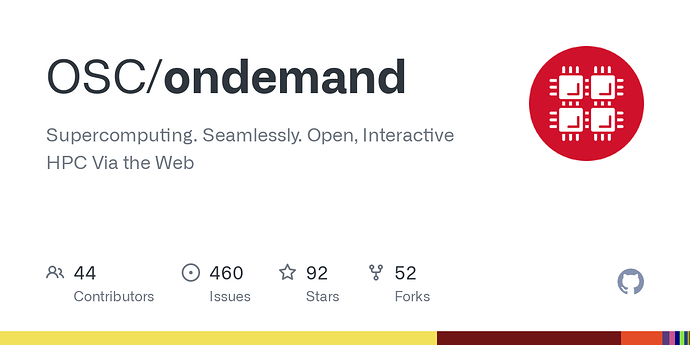 This is the bug that it fixes. For whatever reason, this doesn’t affect OSC systems because the ownership of this directory just rotates.

After upgrading to ondemand 2.0.26 we discovered that the PUN wouldn't start, wi…th the following error: `Error -- nginx: [emerg] mkdir() "/opt/rh/ondemand/root/usr/share/nginx/passenger_temp" failed (13: Permission denied)` in the browser. At one level this appears to be an selinux issue, in that if selinux is disabled it creates the directory successfully However, it creates it as the user who happens to run the first PUN instance. This doesn't seem good. I think it makes a lot more sense to redirect it to where the other temp directories are using the passenger_temp_path directive. ┆Issue is synchronized with this [Asana task](https://app.asana.com/0/1201735133575781/1202470714057100) by [Unito](https://www.unito.io) 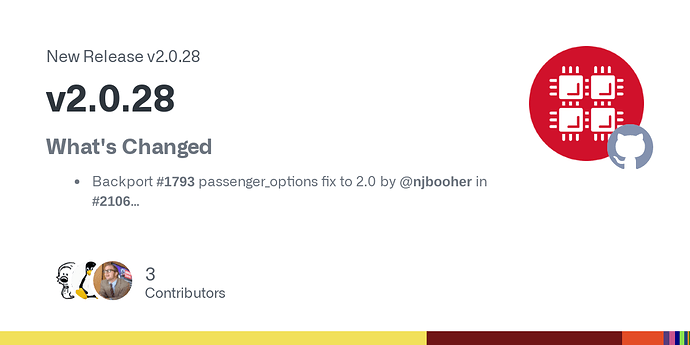