We at Texas A&M are working on the Cryosparc app. The Cryosparc web server code has lots of hardcoded absolute paths in it that get returned in the body of a response. In particular, the prefix /<node uri>/<host>/<port> is not included, so the browser can’t reach the node. This affects, for example: css/js source files needed to display the page, and form action buttons to make Cryosparc do things. Neither /node nor /rnode works in this case, because reverse proxy only modifies the request and response headers, not the body. There is no way to configure Cryosparc to use either a root url prefix or relative paths to try to make it compatible. Apparently, the Cryosparc developers are too busy to be willing to address this issue. And finally, since Cryosparc is proprietary software, we can’t simply jump into the source code to try to fix it ourselves. Here’s a recent topic in their forum summarizing highlighting the situation. 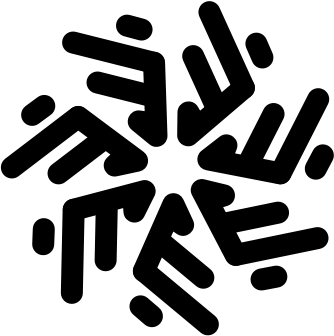 @johrstrom how do you feel about creating a new reverse proxy uri method that additionally uses the substitution (supported by apache and/or nxginx) to modify the response from the cryosparc server to reinsert the /// at the front of all the absolute...

A cursory glance at some google results tells me that this type of problem is actually very common for people using reverse proxies. Ideally, you would like to have control over the source of your content, but sometimes you just don’t. Even if we got Cryosparc source code changed to make it compatible with either /node or /rnode, the next proprietary software would just give us the same trouble again. I would rather have the ability to adapt myself rather than rely on other people to write good code.

Apache and has a module mod substitute which replaces matching text in the body of a response. In the example use cases, it even describes using it to fix this exact type of reverse proxy URL mismatch issue.

(Nginx has a module that does the same thing ngx_http_sub_module in case that matters).

What if we created another node uri that’s pretty much the same as /rnode, but additionally, it fixes all of the absolute paths in the response body by inserting the /<node uri>/<host>/<port> prefix. This would allow the browser to recursively fetch whatever it needed from the node.

I am not a web developer, but I am pretty sure this just involves adding a small handful of apache statements to the file ood-portal.conf.erb (and of course, copy and paste every reference to /rnode everywhere).

Am I thinking correctly? Could this work? Is it worth it?

Hi, a thousand apologies for the delay. I think you’re on to something here with mod_substitute. I’ll open a ticket upstream for the same - but it does seem like it has strong potential to fix this issue.

I’ve created this for the same.

From discourse: https://discourse.openondemand.org/t/reverse-proxy-response-body…-substitution/2232 A quick synopsis of the problem statement is: Apps serve assets without the knowledge of being behind a proxy. So when they serve assets like so: ```xml <link rel="stylesheet" media="all" href="/app/assets/cool.css"> <script src="/app/assets/cool.js"></script> ``` We need to inline edit these links like so: ```xml <link rel="stylesheet" media="all" href="/node/abc/123/app/assets/cool.css"> <script src="/node/abc/123/app/assets/cool.js"></script> ``` Though this is likely not limited to assets. It's likely any relative `href` and `src`.

Just dropping a ping here as this would be very handy. I have had request for Cryposparc for multiple OOD instances and would prefer not to go down the virtual desktop route.

Hi, thank you for the ping and you’ll likely need to ping again. Please do so as I’m spinning plates with the 2.1 release.

After that’s released I’ll have some respite to look into this further.