After updating to OOD 2.0.28 (via RPM on RHEL 8.5), we are noticing that some users are missing the ‘My Interactive Sessions’ icon in the navbar:

Any idea what might be going on here? Does the interactive sessions shortcut no longer appear by default for standard users? Maybe it hasn’t for some time and I am just getting around to noticing it?

Looks like the logic is to show this if you have development enabled (as you’ve indicated) or if you have any batch connect apps at all.

Yes, we have several batch connect apps available to everyone and have for some time.

The only thing I can think of that we’re doing that might be atypical is that all of our batch connect apps have no permissions for other (i.e. o-rwx) and instead are group owned, either by a group that all our users are a member of, or by a more exclusive group. We do this because then it’s a little easier to take an app offline by just changing the group owner.

But I wouldn’t think that would equate to ‘no batch apps’ since the effective permissions mean every user has at least half a dozen apps available in their menu.

Hmmmm… To be clear, your users can see a dropdown of ‘Interactive Apps’ and/or other drop down menus for batch connect apps?

Yes, here are a couple screenshots from an account that does not have the ‘My Interactive Sessions’ link in the navbar: 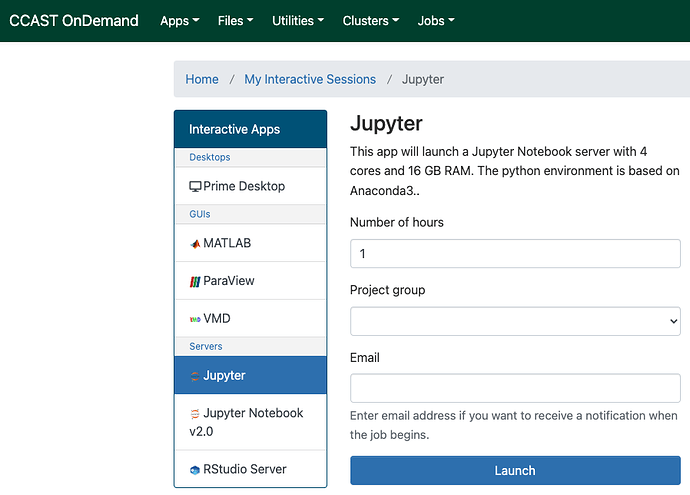 Did I maybe customize something beyond the point where OOD recognizes is appropriately?

Looking at /etc/ood/config/apps/dashboard/initializers/ood.rb, I have the following:

So it looks like this was my fault for modifying things and ignoring unintended consequences… Good to know the navbar categories are functionally meaningful!